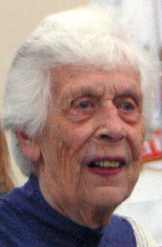 Freya von Moltke’s entire life was shaped by the fact that she and her husband, Count Helmuth James von Moltke (1907-1945, 1931 marriage to Freya Deichmann), opposed everything having to do with National Socialism. In 1940, when Hitler was at the apex of his power, Helmuth and Freya decided to do something about the Nazis’ despotism—it didn’t matter what. Passively watching while their world fell victim to the “ultimate enemy” was simply not an option. Together with Peter and Marion Yorck von Wartenburg, the Moltkes formed the center of a group that was preparing for the day when Hitler was not more. Freya hosted three conferences for her like-minded friends at the Moltke family estate in the small, rural village of Kreisau (May 1942, October 1942, June 1943). In the relative calm of the countryside, the “Kreisau Circle” drew up proposals for the democratic government it hoped to establish in the post-nationalsocialist era.

Unfortunately, none of these plans was ever put into place. Helmuth was arrested on January19th, 1944; yet his resistance work went undiscovered until well after the attempt on Hitler’s life was foiled on July 20th, 1944. On January 23rd, 1945, Roland Freisler, the president of the People’s Court, failing to unearth any evidence whatsoever connecting Moltke to the assassination attempt, had Helmuth executed for his Christian beliefs. Freya’s plea for clemency arrived at Heinrich Himmler’s door too late. There was no time to mourn: Freya had to make sure that her two sons (Helmuth Caspar, born 1937, and Konrad (1941-2005)), as well as the many families that had found refuge with her in Kreisau, were evacuated promptly. 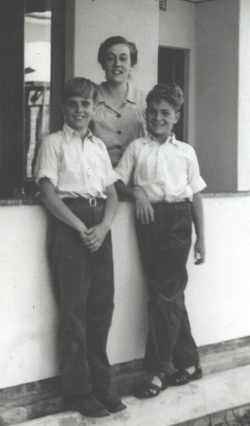 For several years after the war (1947-1956), Freya lived in South Africa, where her mother-in-law had been born, and where her children could grow up among relatives and enjoy a relatively normal childhood. At this point in her life, Freya was not at all eager to delve into the painful events of the past. It was only much later, after moving to Vermont, USA, in 1960 to be with Eugen Rosenstock-Huessy, that she began the monumental task of transcribing her husband’s letters—all 1600 of them! With Letters to Freya 1939-1945, published in German in 1988 and awarded the Geschwister Scholl Prize in 1989, Freya has preserved an important chapter of European history for future generations. Yet von Moltke intends to convey a more universal message regarding the significance of political resistance: “To object and then to stand for what you believe in is one of the most important human activities to this day” (Freya von Moltke in an interview with R. Freudenburg, May 17, 2002).

Kreisau/Krzyzowa is no longer part of Germany, but of Poland; and that, says Freya, is good. In its present form, Kreisau belongs to Europe as a whole, for it has been entrusted with the mission of reinterpreting the intellectual legacy of the Resistance for today’s world. The buildings that once housed the von Moltke family have been transformed into a conference and retreat center where youth and adults from eastern and western Europe meet to become better acquainted to work on European integration. The democratic ideals espoused by the resistance need to be studied and practiced in order to become reality, and Kreisau is one place where this wonderfully human learning process is stimulated and nurtured. Freya von Moltke, who was involved in the reinvention of Kreisau from the start, is—to say the very least—pleased. In 2005, the “Freya von Moltke Foundation for the New Kreisau” was established and entrusted with the task of providing financial security for the many projects that have taken root in Kreisau. In her words of greeting at the inaugural celebrations, and in all she does, Freya gives us hope that, despite all our differences, we can still learn to live together in peace on this earth. 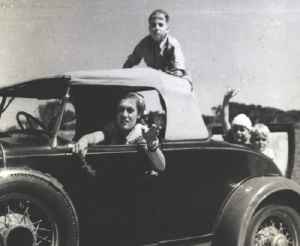 If everyone thinks the same thing, then they sit down at the table and write it up, which isn’t much. What’s important today is that people who think differently speak to one another … and that’s one thing the Kreisau Group did exceptionally well. (Freya von Moltke, quoted in Hoffmann 44.)

The devil is in the details. To bring it [European integration] about is a very difficult thing. All the old differences between the European units are still there, and this makes Europe so attractive, but it also makes it hard for the Europeans to get together. (Freya von Moltke in an interview with R. Freudenburg, May 17, 2002.)