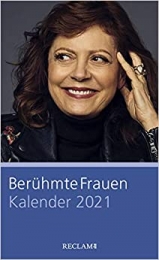 I am blessed with great powers of empathy and imagination, which are the roots of acting and activism…. (Tucker 75, from “A Day in the Life of Susan Sarandon.”)

This is how Susan Sarandon characterizes her most important qualities and names them as the sources of her success as an actress and as a committed supporter of progressive and humanitarian causes. Perhaps best known as the fiercely independent waitress Louise of Thelma and Louise (1991) or the Oscar-winning nun Sister Prejean of Dead Man Walking (1995), Sarandon is an actress of instinctive talent and exceptional versatility. She is also one of the most enduring, with a career spanning some 50 years. Her filmography lists over 100 feature films from 1970 to 2019, and she has appeared in or narrated 47 television shows, including appearing as Bette Davis (opposite Jessica Lange as Joan Crawford) in the FX miniseries Feud: Bette and Joan (2017). She has also narrated or appeared in 49 documentary films and acted on Broadway as well as in off-Broadway theater. Sarandon has been nominated for 9 Academy Awards, 9 Golden Globes and 6 Screen Actors Guild Awards among others, and has won one Oscar, one British Academy of Film and Television Arts, and one Screen Actors Guild award. She has been nominated for six Emmy Awards for her work acting (and once producing) in television.

Sarandon is almost equally well known for her courageous and dedicated commitment to social and political causes; as she sees it, her activism is a natural outgrowth of her acting profession:

But what happens as an actor is that you’re really trained to listen and to be open and have empathy. It’s such a natural consequence that you end up being more political. You can empathize with the mother whose kids are going to be sent to Iraq, or you can emphasize with the mother who is losing their child to a disease. How could you not then be active? (Saunders Interview)

Among the many causes she has supported are AIDs education, anti-war mobilization, support for women in Nicaragua with MADRE, homelessness, and world hunger. In 1999 she was appointed a UNICEF Goodwill Ambassador; as such, she participated in HIV/AIDS youth advocacy events in the United Republic of Tanzania, and met with women and girls who were victims of gender discrimination in India. In 2006 she received the Action Against Hunger Humanitarian Award. In June 2018 she was arrested along with 575 other women protesting against the Trump administration policy of separating families at the US southern border; the action, Women Disobey, was organized by the Women’s March. She has also embraced causes such as anti-gun legislation, death penalty and mass incarceration opposition and LGBT rights.

Her political views also reflect Sarandon’s anti-establishment, “maverick” independence and outspoken willingness to buck the crowd: she supported Ralph Nader in the 2000 presidential election, and in 2016, as a devoted Bernie Sanders follower, she ended up voting for Green candidate Jill Stein: “I did think [Hillary] was very, very dangerous.” (Brockes 2017) In 2020 she continued to work for Bernie Sanders’ candidacy.

The oldest of nine children, Susan Abigail was the daughter of Lenora Marie (née Criscione) and Phillip Leslie Tomalin, an advertising executive, television producer, and one-time nightclub singer. Although she has described herself as a “spacey” and introverted child, Sarandon also had the responsibility of looking after her siblings, an experience which she later claimed had “grounded” her (Marc Shapiro Kindle Locations 205, 215). Questioning and rebellious from an early age, Susan was finally allowed to leave her sheltered, conservative Catholic elementary school for a public junior high school, where she felt she gained more awareness of the outside world. ﻿“It was a great education to actually meet Jewish people who weren't ashamed of being Jewish,” she related in a Rolling Stone interview. “And I had boys in my class.” (Marc Shapiro. Susan Sarandon: Actress-Activist (Kindle Locations 246-247). Kindle Edition.) She attended The Catholic University of America in Washington, D.C., graduating with a BA in drama in 1968.

In her first year of college Susan met Chris Sarandon, a graduate student and teaching assistant three years her senior. The two were soon living together and married in 1967. An aspiring and enthusiastic actor, Chris Sarandon influenced his partner to seriously consider a career in acting as well. In fact, she received her first movie role when she accompanied him to a casting call for a small part in the film Joe in 1969. While he did not get a part, she was asked to audition and was immediately offered a major role in the film, which came out in 1970. Sarandon describes the “accidental” beginning of her acting career:

They called me in and asked me to do an improvisation. I asked them what that was, and they explained it. People who teach acting hate this story, but this is actually what happened. I did the improv and they said, “Okay, wait here.” And they came back and said, “We’d like you to do this film.” Then I just kept getting things. I did Joe and then I got a few other things and got on a soap opera, again, not knowing what I was doing. But that was a fantastic way to learn, because it was kind of live and with cameras. It was in the moment. Things just kept going like that for eight, nine, ten years. And then finally I just had to admit—I guess this is what I do. (Saunders)

Among her more noteworthy early films are the cult favorites The Rocky Horror Picture Show (1975) and the vampire film The Hunger (1983); in the latter she has a sex scene with Catherine Deneuve for which the director had wanted her to be drunk. Sarandon chose not to follow his direction: “You wouldn't have to get drunk to bed Catherine Deneuve, I don't care what your sexual history to that point had been” (The Celluloid Closet).

She broke through to real fame with the baseball film Bull Durham (1988), where she played opposite Kevin Costner and Tim Robbins. Sarandon received Academy Award nominations as best actress for her roles in Atlantic City (1980, nominated 1981), Thelma and Louise (1991), Lorenzo’s Oil (1992), and Dead Man Walking, for which she won the Oscar in 1995. Although she has continued to stun through her sensual beauty and sexual energy, Sarandon has also given compelling performances in varying roles as a mother: Lorenzo’s Oil, Little Women (1994), Stepmom (1998), The Meddler (2015), The Death and Life of John F. Donovan (2018), Blackbird (2019).

By 1979 her marriage to Chris Sarandon had ended, although the two remained friends. Susan Sarandon’s liberated attitude toward love and sexuality allowed her to affirm the role of single mother to daughter Eva Amurri (b. 1985), when the romance with Italian film director Franco Amurri resulted in an unexpected pregnancy – she had been told she would not be able to have children (Tucker 47). From 1988-2009 she lived with actor Tim Robbins, with whom she has two sons. Despite her prolific acting career and impressive activist engagement, Susan Sarandon has always prioritized her role as a mother in her professional and political choices. Indeed, her life as a mother has infused and shaped her activist drive: “I see how my life and the lives of my kids are connected to the outside world. How can you not participate in the world you live in?” (Susan Sarandon: Goodwill Ambassador. UNICEF People)