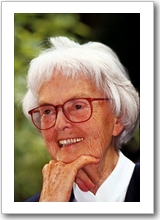 Erika Fuchs, the first and for a long time the only translator of Disney comics into German, is revered far beyond the comic scene for her congenial, witty and subtle linguistic creations. Elfriede Jelinek wished her the Büchner Prize, and to Elke Heidenreich she was “a linguistically powerful teacher who also taught me to understand the absurdities of life early on.”

Her career as a translator began in 1951, when the 44-year-old art historian with a doctorate and mother of two adolescent sons drove from Schwarzenbach an der Saale to Stuttgart to acquire translation jobs at Readers Digest. She dreamed of translating sophisticated English literature, but instead was presented with a stack of Mickey Mouse magazines. As the daughter of an upper-middle-class family, she was convinced “that this kind of thing wouldn't work at all in Germany.”

Nevertheless, she took the well-paid job and became editor-in-chief of the newly founded Ehapa publishing house. When selecting stories, she made sure they contained “no cruelty or sexual innuendo,” but instead had “as rich a vocabulary as possible, because children can ask and should learn.” She drew inspiration from the drawings of legendary Donald Duck creator Carl Barks, and with imagination and linguistic power, far from “Duckburgh slang,” developed a unique German Duckburg idiom rich in puns and quotations, rhymes, alliteration, onomatopoeia, and “ericatives” (grübel, grübel (brood, brood)). Through linguistic typecasting, Disney characters became memorable: Scrooge, Fuchs explained, “knows how to use the subjunctive correctly and revels in quotations, as old gentlemen are wont to do.” In contrast, Donald “sometimes elevates his damaged sense of self with highfalutin speech or poetic phrases.” While nephews Tick, Trick and Track speak in a “snappy conversational style.” She invented names like Gundel Gaukeley, the Panzerknacker or Daniel Düsentrieb, whose saying “dem Ingeniör ist nichts zu schwör” has long been “Kult”.

Until 1972, Erika Fuchs translated all Disney material, thus shaping the language and lifestyle of the post-war youth and the '68 generation. With irony and linguistic wit, she brushed educated bourgeois linguistic material against the grain, caricaturing classic quotations as well as National Socialist linguistic relics. Critics of the comics, which were frowned upon in the Adenauer era as “trash and filthy literature,” she unapologetically blasted, claiming, “You can't be educated enough to translate comics.” She proved it, tinkering ceaselessly with the editing of her translations until a weak eye made it impossible for the 88-year-old to work. Erika Fuchs reached the age of 98, and her Duckburg style of speaking has left the children's rooms and conquered the feuilleton and the Internet. 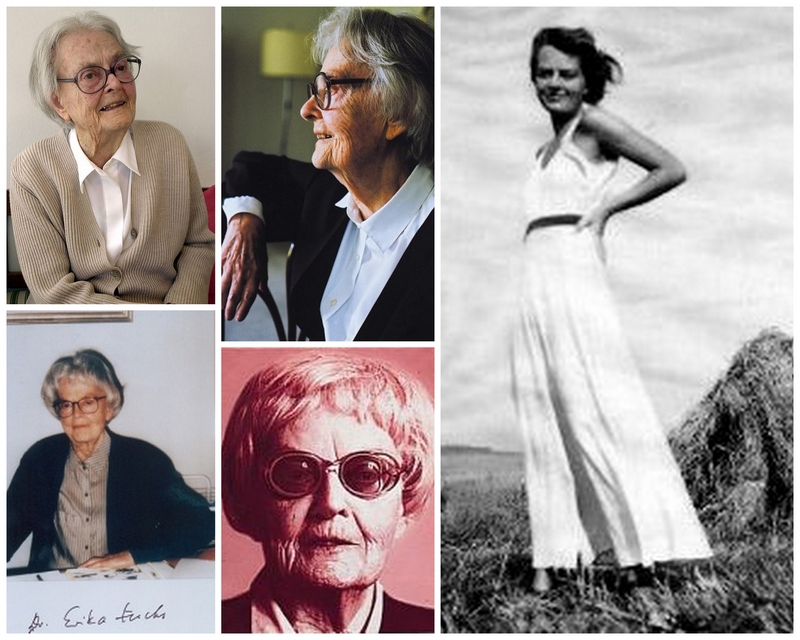 From the obituary of the Egmont Ehapa publishing house:

For all her language education, Dr. Erika Fuchs' texts never seem stiff. For her, classics are not dead linguistic fossils, but always a living part of her world. But Dr. Fuchs not only worked classical linguistic material into her texts, she also rewrote the classics and created many a rhyme that became part of everyday language. Conversely, she also repeatedly integrated the colloquial language of the youth into her texts. She was always an attentive listener and observer and picked up suitable neologisms of the youth language to give them the higher consecration of the Duck language level.

From the obituary by Christian Kessler:

What Ms. Fuchs produced was not just fun, was not just good translation. It was the sense of linguistic beauty, and the fact that this sense arose precisely from the maligned genre of comic strips certainly taught not only me that beauty truly rests in the eye of the beholder and is not dependent on the standard of the favorite conventions of the time. The secret lies in the love that one gives to the respective object of passion. If you mean it honestly, something will last. Dr. Fuchs has succeeded in this. I read that again and again in the lines of my contemporaries.

She lived to be 98 years old. That is a good age. But her memory will live on forever in my soul and in everything I do. I do not believe in eternal life in the biblical sense, but I do believe that everything we do leaves its mark. When we traipse across the street grimly and people notice, that leaves traces. When we release beauty into the environment, that leaves traces. Dr. Erika Fuchs can rest assured. Her traces are in many places. And they have created beauty wherever they appeared. I love this woman.