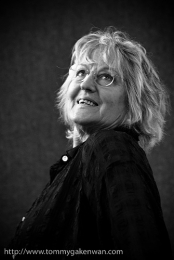 She issued a call to “womanpower,” not equality but liberation from the patriarchy with its perverted expectations of femininity. Women had been castrated after centuries of oppression and Greer called for a radical change, even for a female version of sexual promiscuity. For my generation Germaine Greer’s The Female Eunuch (1970) along with Kate Millett’s Sexual Politics (1969) remains a classic of the so-called “second wave” of feminism. In this work and in later texts (The Change, 1991; The Whole Woman, 1999) Greer argues both for and against women, not always consistently. The personal experiences she gathered from travelling in India and Africa are brought to bear on the issue of fertility and population control in Sex and Destiny (1984), in which she not only faults scientists, medical doctors and psychologists, but also western women who don’t even know what is meant by their slogan of “sisterhood,” as they continue to buy into consumerism while globally poverty is being feminized. The privileged American and European woman is still a eunuch in her eyes, who lets a steroid be prescribed for every phase in her life, whether billed as birth control or hormone replacement therapy. Women’s legitimate pain, sorrow and frustration are medicalized without sufficient knowledge of their physiology or psychology. The results are even more catastrophic when such drugs are distributed by the profit-seeking, multi-national pharmaceutical firms with the cooperation of governmental and non-governmental bureaucracies under the misguided idea that a “population explosion” must be prevented.

Because of her multi-cultural approach Greer often comes to unconventional conclusions, for instance her praise of coitus interruptus as a means of birth control or her seeming acceptance of clitorectomy among certain African tribes. Such positions have understandably drawn heavy criticism from other feminists. In her later works Greer has emphasizes motherliness and the “matrilocality” she has found in other cultures. She values relationships among women of every possible kind, especially as they age, although she tends to give lesbians short shrift in her analyses. “The private is still political” (The Whole Woman). Greer rejects biographers. In Daddy: We Hardly Knew You (1989), her most personal book, she describes her long search to uncover the familial mystery behind her distant father. The daughter of Reginald Greer [aka the adoptee, Eric Greeney] and his wife Margaret, née Lafrank, she grew up in a lower middle-class household in a suburb of Melbourne, went to the Star of Sea Convent School for girls, then to university in Melbourne and Sydney. A Commonwealth fellowship brought the talented student to Cambridge, England in 1964. As an anarchistic “hippie” she practiced the tactic of shocking a bourgeois audience. At the same time that she was founding the magazine SUCK, however, she was finishing her doctorate on Shakespeare. Even after the publication of The Female Eunuch brought her fame and fortune she pursued a career on these two different tracks. As a public intellectual she likes to incite and enjoys the thrust and parry of journalism and media events. With some breaks, she also has maintained a more traditional academic career, most recently (1983-2003) as Professor of English and Comparative Studies at Warwick University. She is a respected literary critic (Shakespeare; Slipshod Sybils) and an editor or co-editor and publisher of little-known women writers, especially poets, (Kissing the Rod: An Anthology of 17th Century Women’s Verse; The Uncollected Verse of Aphra Behn; 101 Poems by 101 Women). In the early 80s that she spent at the University of Tulsa in Oklahoma, she founded the respected journal, Tulsa Studies in Women’s Literature. Later she brought works of women writers to light by means of her own publishing house, Stump Cross Books. In addition, Greer crossed over into art criticism, most notably with The Obstacle Race: The Fortunes of Women Painters and Their Work (1979). Her most recent book in this field, The Beautiful Boy (2003) has been controversial as some readers call it a work of pornography rather than art historical criticism. Her anti-capitalist worldview, the variety of her interests, and her tendency to polemics and willingness to shock, both in writing and in her media appearances, remain. Among Greer’s most recent works we can find such varied texts as a polemic on the situation of the Aborigines, White Fella Jump Up (2004), a monograph about Shakespeare’s wife, Ann Hathaway (2007), and a collection of Poems for Gardeners (2003). She claims to appreciate the joy that comes only to women in their later years, a power derived from the “serenity” they can finally achieve when they can “let go” of all the expectations of others (The Change). But she still wants to be subversive. “If the world has dubbed you crone, you might as well be one. There is no point growing old unless you can be a witch, and accumulate spiritual power in place of the political and economic power that has been denied you as a woman” (The Change). But it is English poetry that has provided her with “the charms and incantations” that she has needed “to lay upon the wound in [her] soul” (Daddy). “Womanpower means the self-determination of women, and that means that all the baggage of paternalistic society will have to be thrown overboard.” (Female Eunuch 108) … We need real “cunt-power” not more “penetration mania.” (Whole Woman 28)

“…equality is no substitute for liberation.” (Whole Woman 175) “The notion of equality takes the male status quo as the condition to which women aspire.” (Whole Woman 311)

“A woman’s body is the battlefield where she fights for liberation.” (Whole Woman 114)

“Sexual religion is the opiate of the supermenial.” (Female Eunuch 184)

”Simple sensuality is able to function as a medium through which to see and celebrate the child but not, it seems, the man. The boy is the forgotten middle term. The boy Eros would bring the sexes to a reconciliation, if we would only acknowledge him.” (Beautiful Boy 244)

“There is no such thing as security. There never has been.” (Female Eunuch 236)

“As long as man is at odds with his own sexuality and as long as he keeps woman as a solely sexual creature, he will hate her, at least some of the time.” (Female Eunuch 250)

“The deeper the morass of misogyny through which we all have to wade the more vociferous the condemnation of anyone who dares to mention it.” (Whole Woman 296)

“Old men still send young men to war, and will continue to do so as long as the rest of us let them.” (Beautiful Boy 193)

“It would be genuine revolution if women would suddenly stop loving the victors in violent encounters.” (Female Eunuch 315)

“Their defeats [women artists] can teach us about the nature of their struggle; their successes assure us that we too can do it.” (Obstacle Race 11)

“You and I need all the mothers we can get …. Dignified motherhood is a feminist priority.” (Whole Woman 215-16)

“…lifestlyle feminism has been a sideshow. The main event, the world-wide feminization of poverty, is a tragedy that is moving inexorably and unseen to an unimaginably terrible dénouement.” (Whole Woman 334)

“If we are nobly cultivating a global consciousness in the minds of the world’s peasant millions in order that they may produce fewer claimants to the resources we have already depleted so wantonly, perhaps we had better endure the global consciousness ourselves, and commit suicide.” (Sex and Destiny 444)

“The good we have done will be interned with our pampered bones, while our evil lives on after us in a deformed and suffering world.” (Sex and Destiny 451)

“Menopause puts women back in touch with their anger after thirty years of censorship by estrogen.” [The Change 118]

“Deciding which behaviors mirror female and which the castrated form of the feminine is not easy, until menopause burns off the impurities. What remains in the crucible after that proof is the whole woman.” (Whole Woman 243)

“…sadness is the matrix from which wit and irony spring; sadness is uncomfortable and creative, which is why consumer society cannot tolerate it.” (Whole Woman 181)