Revolt of the Patriots against Mother

Recently, on February 5, 2017, the New England Patriots won the Super Bowl for the fifth time; the following Tuesday they were celebrated in Boston with a massive confetti parade. 100 million viewers worldwide are said to have watched the Super Bowl.

We too were among these millions, and despite a completely discouraging first half we hung on to the end, when the Pats caught up in the fourth quarter from a score of 3 to 28 against the Atlanta Falcons and claimed a historic 34-28 victory.

All well and good, but why should a feminist be interested in such a brutal male sport? Like boxing, football often leads to head and brain injuries, and not seldom to later dementia. A good thing that so far women haven’t been able to get enthusiastic about it.

Moreover, the Patriots’ trainer, quarterback and owner are all Trump voters, and Trump is an avowed Patriots fan. We decided that in this game we were covered for any outcome: in the case of a Falcons’ victory we would rejoice that Trump and the Trumpists had lost. If the Pats won, our own local patriotism would be satisfied – after all, we live in Boston, New England. 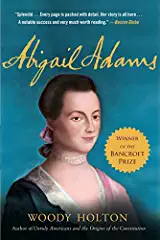 I’m interested in the Patriots because of Abigail Adams; she is a woman of the month for the 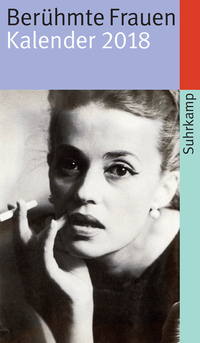 2018 Berühmte Frauen Kalender – her 200th birthday falls in October. I’m in the process of reading diverse biographies of the “first Second Lady and second First Lady of the United States,” in which all sorts of “patriots” abound. In 1773 Benjamin Franklin first applied the term to American colonists who revolted against British colonial authority as “rebels,” “insurgents,” or “freedom fighters” in their quest for independence. The football team the “New England Patriots” takes its name from these original patriots, who in 1775, in the battles of Concord and Lexington (Massachusetts, New England), began the struggle of the rebellious colonies for independence from the English mother country.

These original patriots also lent their name to other entities. There was the Patriot Missile Defense System, made in Massachusetts and famous for its use against Saddam Hussein’s rocket attacks against Israel in 1991 during the first Gulf War. And after 9/11 George W. Bush issued the “Patriot Act,” with which the government – in the “defense against terror” – rescinded important constitutional rights. I was not alone in being darkly reminded by the Patriot Act of Hitler’s Ermächtigungsgesetz (Enabling Act of 1933).

Some of the original patriots were also called Minutemen: young and especially alert fellows who could be ready in a minute to fight wherever needed. From this it followed that an intercontinental missile should also be called a Minuteman missile.

And so, with the patriots and their descendants we are dealing with an appropriately named conglomerate of the military-industrial complex, male-dominated politics (Patriots Act) and male sports (New England Patriots).

A name shift such as that from “rebels” to “patriots” is referred to in cognitive linguistics as a reframing. For it anticipates linguistically the still far distant goal of independence from the mother country, and implies it as a fact. A patriot defends his fatherland (Latin patria). In the case of the original patriots, however, there was no actual fatherland to be defended. There was only the idea, the dream, the distant goal. The setting of this dream as a reality against the actual facts had a powerful effect. The fighters were not only fighting AGAINST something, namely infantilizing control by the motherland, but FOR something, the fatherland, which they felt a part of, although it was purely imaginary. In this way Mother Britain’s minor children emancipated themselves to become “patriotic” defenders of their own future state. The first “American Dream” to become reality?

And Abigail Adams? She did not take part in the armed combat – that was not expected of women – but she supported her husband, the lawyer, politician and future president John Adams, in every imaginable way; and most female family members of the patriots joined the struggle in the ways they were permitted or compelled to by their men. While the best known patriots from that time are still revered as “Founding Fathers,” one has only heard mention of “Founding Mothers” since the second wave of the women’s movement: a feminist term of defiance and consolation which the majority has probably never heard of, similar to the “Mothers of the Constitution” in Germany, whose existence was also suppressed for years.

The patriots fought successfully for their rights. Their women had no rights to fight for, since they formed a unit with their husband, according to the legal practice of “coverture” then in effect: husband and wife were considered as one person, and this person was the husband. In legal terms the woman did not exist.

And when the patriots had won their rights, the women still had none. 160 years later Virginia Woolf, one of the most famous thinkers of the former English mother country, formulated the relationship between woman, “her” country, and the patriots succinctly in the following way:

... if you insist upon fighting to protect me, or “our” country, let it be understood, soberly and rationally between us, that you are fighting to gratify a sex instinct which I cannot share; to procure benefits which I have not shared and probably will not share; but not to gratify my instincts, or to protect either myself or my country. ‘For,’ the outsider will say, ‘in fact, as a woman, I have no country. As a woman I want no country. As a woman my country is the whole world.’ (Three Guineas, 1938)

That the “fatherland” should fail to grant women rights and freedom  is linguistically suggested by the term itself. But what about the “mother country” that appears here and there throughout this text?  Oh, that’s just an expression that doesn’t really mean anything, at least not for real women. It’s a metaphor: the colonial power treats her colonies as a mother her children. The children/colonies are dependent and not yet of legal age and are expected to obey. Theoretically it could just as well be called “fatherland,” but that word was already taken.  By the way: during the War for Independence the majority of slaves fought on the side of the mother country; in England slavery was about to be abolished. The ancestors of today’s African Americans were “matriots” and preferred to remain British.

Trump and the Patriots have won. And their fatherland is more patriotic than ever. But it’s hardly been handed a victory.