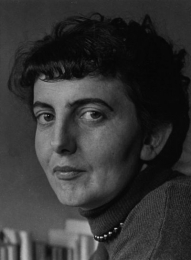 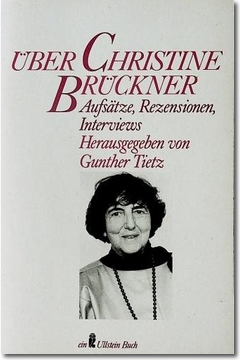 “Necessity teaches you to write,” Christine Brückner used to say, paraphrasing the Ernst Bloch quote “Necessity teaches you to think.” She was in her early 30s and ill when she started writing. The Bertelsmann publishing house had called for a literary competition, and Brückner wrote a novel that won first prize, was published as a book in 1954 under the title “Ehe die Spuren verwehen” (“Before the traces fade away”) and became a bestseller.

Brückner wrote a number of novels, as well as short stories, radio plays, travel notes and children's books. She often focuses on women and the themes of everyday life: friendship, love, marriage, divorce. It was close to her heart to encourage her readers to free themselves from a rigid belief in fate and to take life responsibly into their own hands.

She herself had learned a sense of responsibility at an early age. As a pastor's daughter, she was entrusted with social tasks and cared for old and sick people. Her father Carl Emde belonged to the “Confessing Church” and raised his daughters in opposition to National Socialism. Until Christine Brückner got into writing, she tried her hand at 13 jobs - among others, as the manager of a cafeteria or as an assistant at an art institute. She moved frequently and thus got to know a wide variety of people and milieus. 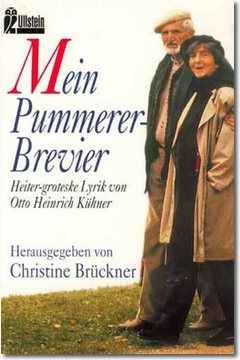 Her greatest success was the “Poenichen” trilogy (1975-85), which was also filmed as a television series. The main character is Maximiliane von Quindt, who grows up on the Pomeranian estate of Poenichen and has to flee with her children in 1945. The refugee saga, in which individual history is interwoven with contemporary history, earned Christine Brückner the reputation of a “granddaughter of Fontane” - through her narrative style, her creation of the character of Quindt's grandfather, and not least through the title of the first volume, “Jauche und Levkojen,” a Fontane quotation. Her books - classified by critics partly as “trivial literature,” partly as good entertainment and thus fiction in the true sense - found an audience of millions.

Brückner's “ungehaltene Reden ungehaltener Frauen” in “Wenn du geredet hättest, Desdemona” (1983) are defiant, passionate and powerful. In it, she gives the ancient poet Sappho the floor as well as Luther's wife Katharina von Bora or the political activist Gudrun Ensslin. After its premiere in 1984, the female monologues were seen and heard on German-language stages in over 100 productions and in 15 countries.

Christine Brückner died of cancer a few days after her 75th birthday.

(Text from the year 2000; translated in 2021 with www.DeepL.com/Translator (free version), edited by Luise F. Pusch)

If there is a moral for me in writing, it is to be credible; not to write anything that I would not be prepared to live. You can take me at my word.