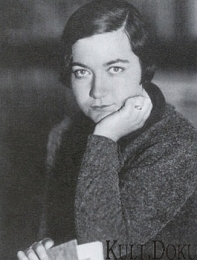 Lucie Varga is yet another gifted and talented young woman whose life and work were abruptly cut short by Nazi barbarism. When she died at the age of 36, she was on the cusp of a career as an important historian. In addition to her dissertation, she left behind several notable essays and reviews on a wide range of subjects including National Socialism, witchcraft beliefs in Ladinia in South Tyrol, and the Cathars. 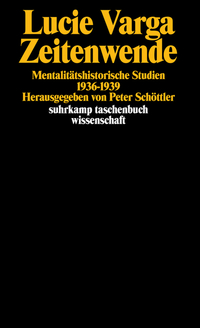 In her famous study of National Socialism (1937), she delineated how fear of losing status united a group of men whose common motivation was the defense of “social honor.” Varga took seriously the Nazi concept of honor and was the first historian to examine the symbolic and emotional dimension of Nazism and its quasi-religious organizational structures, which ultimately resulted in a mass social movement.

Varga came from an upper-middle-class Jewish family from Hungary. After earning her Abitur from the progressive school founded by Eugenie Schwarzwald she married and, already diabetic, began studying history in Vienna. She divorced, married again, and emigrated to Paris, where she worked with Lucien Febvre (who along with Marc Bloch founded the “history of mentalities” school and the journal “Annales d'histoire économique et sociale”). Varga's ability to approach historical subjects using modern tools of analysis was a driving force in Febvre's own research. Their collaboration grew into a love affair - with disastrous consequences for Lucie Varga. Febvre, fearing a family scandal, fled on a trip to South America, leaving Varga to her fate. As regulations for immigrants became increasingly restrictive, Varga sold kitchen appliances and worked in a factory and later as a translator and a farm worker. Totally exhausted from poor nutrition and an irregular insulin supply, she died in a diabetic coma.
(Text from 1993, transl. by Julie Niederhauser, 2021)