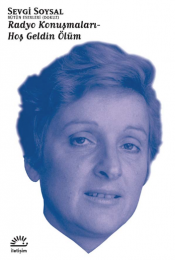 In her all too short career the Turkish-German author Sevgi Soysal proved herself to be an insightful critic of social injustice, militarism and gender inequality. Emerging as a writer in the 1960s, she was most productive during the 1970s. Her writing combined humour and criticism in portraying the daily lives and the inner worlds of her characters. At a time in which the number of women writers was increasing, Sevgi Soysal introduced female characters with novel psychological traits and worldviewsinto Turkish literature: far from being hopeless or desperate, they were women who could reflect on their own lives, conflicts and desires and tried to change things for the better. Thus her works reveal both psychological depth and a feminist perspective.

Born in 1936 to Thessalonian architect and bureaucrat Mithat Yenen and German Anneliese (later Aliye) Rupp, Sevgi Yenen was the third child of the family. After completing her education at Ankara High School for Girls, she enrolled at Ankara University, Department of Archaeology in 1952. She moved to Göttingen with her husband, the poet and translator Özdemir Nutku, in 1956 and took courses in archaeology and theatre at the University of Göttingen. She returned to Turkey a few years later to have her first baby and worked at the German Cultural Centre and Ankara Radio until 1961. Her first writings and stories appeared (under Sevgi Nutku, her married name at the time) in literaryjournals Ataç, Dost, Yelken, Yeditepe and Değişim. She also translated Andorraby Max Frisch and Kafka’s Der Gruftwächter (The Warden of the Tomb) into Turkish. Her first collection of short stories Tutkulu Perçem (Passionate Bangs/Locks of Hair)was published in 1962. Around this time she separated from Özdemir Nutku; in 1964 she married the film director, screenwriter and cinematographer Başar Sabuncu, whom she had met while acting with him in the play Zafer Madalyası (Victory Medal).

From 1965 to 1971, she worked at TRT (Turkish Radio and Television Corporation) as the Head of Central Program Office. Under the name of Sevgi Sabuncu she continued publishing stories between 1965 and 1969 in journals such as Papirüs and Yeni Dergi. Her reputation grew with her novels Tante Rosa (Aunt Rosa, 1969), based on stories about her Aunt Rosel, and Yürümek (Walking, 1970), about issues of marriage and male-female relationships. Yürümekreceived an Achievement Award from TRT. Yet, soon after the military coup in 1971, the novelwas confiscated for being obscene, and its author was imprisoned for 8 months for political reasons. In 1971 she married her third husband, constitutional law professor and human rights activist Mümtaz Soysal, also imprisoned, in a militaryprison in Mamak. She wrote the novel Yenişehir’de Bir Öğle Vakti (Noontime in Yenişehir, 1973) during imprisonment. She was transferred to Central Prison for two monthsand then was exiled first to Nevşehir and later to Adana. She was one of the co-founders of ANKA News Agency, which brought together the journalists who becameunemployed after the military intervention. She wrote columns in the journal Politika, and her novel Şafak (Dawn, 1975) criticized the military intervention of March 12 through an exiled woman’s eyes. In 1975 she was diagnosed with cancer and received treatment in London. On November 22, 1976, she passed away one day after returning to Istanbul.

Sevgi Soysal’s works have been studied by many in Turkey as well as in Germany. She became both a writer who analyzed love and relationship issues through women’s eyes and a prominent author of political literature dealing with the 12 March coup. Her earlier psychological works portray the inner worlds of characters bounded by despair, loneliness and lack of communication. Her female characters reflect her own life and the women in her family as they chase happiness and often sacrifice a lot, but are not afraid of leaving all behind as in Tante Rosa.Herlater works concerning social and political issuestackle the psychological problems of the era as well as youth and student movements, revolutionary dreams, experiences of leftist intellectuals in prison and in exile. Her style, which improved impressively during her short life as a writer, gave room for detailed observations and a successful use of irony and sarcasm. Her works criticize social issues through the inner worlds of her characters; they do not blame the individual but rather the unequal circumstances in which the characters find themselves. Books like Yürümek and Tante Rosa scrutinize sexuality and gender relations openly and courageously.