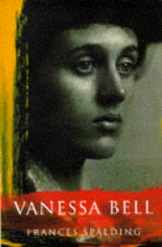 Vanessa Bell, Virginia Woolf's beloved and admired older sister, became a well-known painter and, like Virginia, was a prominent member of the London “Bloomsbury Group” she founded - a loose association of artists and intellectuals at the beginning of the last century, named after their meeting place, the apartment of the four Stephen children Vanessa, Thoby, Virginia and Adrian, located in the Bloomsboury district of London. Vanessa, who until the death of her father in February 1904, i.e. from the age of 18 to 25, in addition to her studies at the Royal Art School, had to be the family slave to the younger siblings and the hypochondriac father, replacing her deceased half-sister Stella and the deceased mother, had found Bloomsbury, which at that time was still quite unpopular, as a suitable domicile for herself and her siblings. She wanted to leave everything that had to do with her parents' world far behind. Vanessa married one of the young men from this circle, the art critic Clive Bell, in 1907.

She had two sons with him, Julian, who died in the Spanish Civil War in 1937, and Quentin, later Virginia Woolf's biographer. The father of her daughter Angelica was Vanessa's great love, the bisexual painter Duncan Grant. Angelica did not learn until she was nineteen that the man she had grown up with (Duncan stayed at Vanessa's country home in Charleston at the cost of her tolerating his lovers) was her father. Angelica eventually married David Garnett, Duncan's lover. The Bloomsbury Group thought little of middle-class morality; Vanessa was particularly liberal, and she paid a high price for it.

The eminent art critic Roger Fry, about whom Virginia Woolf wrote her only biography after his death, introduced Vanessa to the French Post-Impressionists and to the world of design beginning in 1910 - Vanessa's book covers for Virginia's works for instance we owe to this part of her interests.

Matisse in particular, with his bold colors and roughly outlined shapes, became a model for Vanessa. What Vanessa wanted to express with her art at that time and described with words like “firmness” and “opulence”, maternal generosity, sensuality and monumentality, had already been wanted and realized before her by Paula Modersohn-Becker, who died in 1907 at the age of 31. Vanessa's “natural” model would have been Modersohn-Becker, but the Bloomsbury Group was Francophile and thought nothing of German art: “Why does a sensible person go to Germany? ... Our hotel was comfortable and the food very good, the train luxurious, and all needs taken care of. But the horror is unspeakable. The whole country is mustard and pepper colored. The women, without exception, are ugly and badly dressed. But the worst is the art. It is everywhere, no house, no train is left alone. Everything is paved with cultivated German art. It became so obtrusive that one longed for England.” (Vanessa to Virginia, 1912, quoted in Spalding 1990:107f). Throughout her life, Vanessa Bell seems not to have taken note of the paintings of her great German contemporary (Paula was only three years older).

In the 1920s Vanessa had her greatest successes; the thirties and forties brought wars and great personal losses. Vanessa spent her last decade peacefully and at ease with her partner Duncan in their country home in Charleston, Sussex (see http://www.charleston.org.uk/), of which the two have made a famous collaborative work of art.