Author, anthropologist and folkorist Zora Neale Hurston was the most prolific Black woman writer in the USA between 1920 and 1950; the foremother of a generation of African-American women writers, she captured and celebrated the culture of rural Black America in her novels, stories and essays. 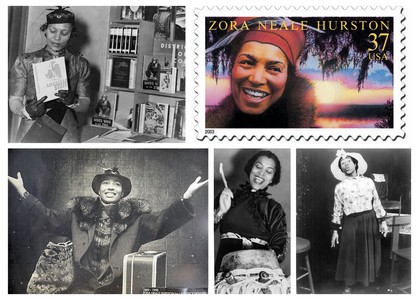 Hurston was born in an all-Black community rich in folk-tradition and free of racial prejudice. Her father was a Baptist preacher and mayor of the town, and her mother bore eight children and urged her spirited and precocious daughter to “jump at de sun.” The education she received at the local school from followers of Booker T. Washington stressed self-reliance as well as basic academic skills. After her mother's death when Zora was nine she felt her childhood was over; at 14 she left home and began life on her own, working, traveling, studying and writing.

In 1925 Hurston arrived in New York, developing contacts with Black writers of the Harlem Renaissance and publishing essays and short fiction. She received a scholarship to study anthropology with Franz Boas at Barnard College and became the school's first known African-American graduate in 1928. Hurston devoted the next four years to her ethnographic studies, traveling to Florida, Alabama, Louisiana and the Bahamas to collect folktales, songs, games, prayers and sermons, which she published in Mules and Men (1935). She later received Guggenheim fellowships for fieldwork in the Caribbean, reported about in Tell My Horse (1938); Hurston had a unique ability to identify with the way of life she was researching, and she first presented her research in a series of folklore concerts.

Choosing to be a writer rather than a scholar, Hurston became perhaps the most accomplished figure in African-American letters in the 1930´s. Her best fiction was also nourished by her early experiences of rural Black life, as in her novel Their Eyes Were Watching God (1937), which portrays a woman's search for self-fulfillment. Her work includes an autobiography, Dust Tracks on a Road (1942), and the short story “Sweat” (1926), among other fiction and essays. Hurston's emphasis on celebrating the beauty and wholeness of African-American culture and her refusal to see herself as “tragically colored” led her to conflict with Black (male) writers who focused upon the oppression of Black people.

Although she continued writing, Hurston had disappeared from the public view by the 1950's and lived her last years in poverty and ill health. After her death from heart disease in the county welfare home, an appeal was made for funds for her burial, and Zora Neale Hurston was buried in an unmarked grave in the Negro Cemetery of Ft. Pierce, Florida. 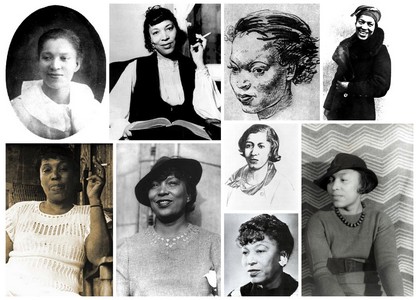