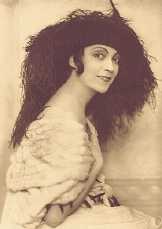 That is what one of her closest friends, actor and director Paul Wegener, had to say about the Danish-born star of silent film, who elevated the genre from a carnival show to an art form and who dominated it in Germany from start to finish. Asta Nielsen proves her superior sense of humor and wisdom on every page of her exquisite memoirs, published in 1946, The Silent Muse (Den tiende Muse in the original – an untranslatable play on words: tiende means both “silent” and “tenth”). Barbara Beuys, who presented a thoroughly researched biography of Asta Nielsen in 2020, was able to prove, however, that Nielsen not only concealed many things, but also idiosyncratically “set the record straight” on various facts, creating the image of a modern “New Woman” who was independent in every respect and owed her successes exclusively to herself. That this was not quite so is shown by Beuys, among others, through Nielsen's first director and husband Urban Gad, the educated and gifted son of the leading Danish women's rights activist Emma Gad. As writer and director of her first 30 films, he played a significant role in her early success and rise to world fame.

Asta Nielsen spent her childhood and youth in extreme poverty. Her beloved father, who had been seriously ill her whole life, died when she was fourteen. Her energetic mother regularly lashed her and her older sister, Johanne, with a whip. Asta faithfully reports this in her autobiography but otherwise would hear nothing against her mother, who worked herself to the bone for her daughters and fought for them with the fierceness of a lioness.

Without yet knowing the facts of life, Asta became pregnant at eighteen. She refused to marry the father of her child even though she cared for him and even though single mothers at the turn of the century were almost universally despised. But Asta wanted her child all to herself. “Having a child seems incredibly important to me; but having a husband not at all so,” she found. Asta Nielsen wrote not a single word about her beloved daughter Jesta or her two marriages ((with Urban Gad and the “divinely beautiful” Swedish naval lieutenant Freddy Wingaardh) in her memoirs. She also fails to mention her subsequent lovers Gregori Chmura (a Russian actor and director) and Rudolf Mendler (a German violinist, 26 years her junior). She was an extremely private person, and bore her worldwide fame with humor but little enthusiasm. 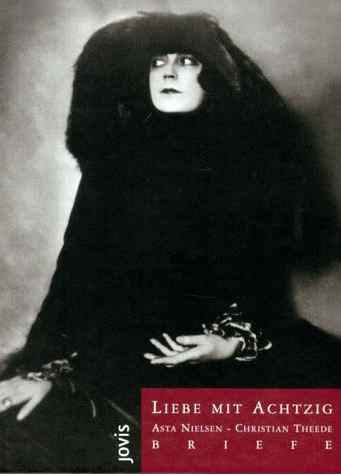 Nazi Germany would have liked to continue to adorn itself with her. But the more the new rulers showed their true colors, the less interest Asta Nielsen showed in their advances.
Asta Nielsen found it difficult to get used to the “provincial” Copenhagen again. She missed the pulsating cosmopolitan city of Berlin, her German friends, the bridge evenings and her beloved vacation home “Karusel” on Hiddensee. But since many of these friends - including Siegfried Kracauer and the Ringelnatz couple - were left-wing, Jewish, gay or all of the above and had to flee the Nazis, this Berlin was also no longer what it had once been, and that made it easier to say goodbye. 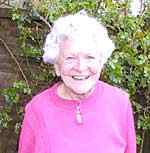 One has long spoken of Greta Garbo as „the divine“-– for me Asta Nielsen has always been and will always remain „the human being“ par excellence.

In terms of… expression and versatility I am nothing compared to her.

Asta Nielsen, she is the most exquisite [actress] the screen has ever seen, her absolutely masterful portrayal and her strong, soulful depth produce the greatest artistic pleasure that film has to offer. Her artistry shakes me to the core.

Shakespeare is reputed to have used 15,000 words. When our first dictionary of the language of gesture has been compiled with the help of cinematography, only then can the expressive treasures of Asta Nielsen be appreciated.