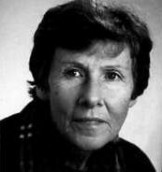 Mariann Steegmann, daughter of the German corporate lawyer Josef Steegmann and the Swiss hotel-owner Lea Steegmann, née Morosani, studied psychology after her school years. Following completion of her studies with the Diplom degree in 1968 she worked in a home for children. Then, in 1973, she and a friend took over responsibilty for a health spa (Kurhaus) in Degersheim (Appenzeller Land), which she headed until shortly before her death.

Her excellent knowledge of languages (she spoke English and Italian fluently, as well as her native German) and her open and outgoing manner made her very popular with her co-workers. In order to advise her patients more effectively, Mariann acquired additional medical training, and she took charge of instructing the student nurses herself. A friend says of this period: “She had a special ability to resolve conflicts positively … she never judged in an authoritarian way; rather she saw herself as one among equals, which contributed a lot to the good atmosphere she created within the organization.” 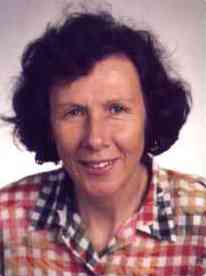 Her father had had a lifelong interest in art, as evidenced by his large collection of art books; wisely anticipating their rising value he had purchased, through the famous art dealer Beyeler (who founded his own museum in Basel), works of classical modernism, most of which hang today in the Stuttgart Staatsgalerie. After his death his pictures were transferred to a foundation. Mariann decided to sell one of them and use the income from the proceeds to support projects.

Around 1997, as she planned her retirement, she began to develop a foundation for the advancement of women in art and music. The concept emerged of a foundation to support gender studies in the areas of art and music scholarship. At the same time she contributed to the University of Bremen, beginning with a grand piano for the music department. This was followed by a three-year stipendium for the Center for Feminist Studies, whereby she took active part in the selection of the recipient. During her illness, which emerged in 2000, and continuing even into the last months of her life Mariann followed the development and the launch of the foundation with active interest. Her counsel, her patience, and her expertise were a constant and important help. 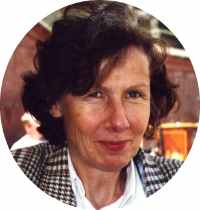 Mariann’s death curtailed her work on these projects; but her name will live on as the reminder of a warm-hearted, artistically engaged and generous woman. She died on 17 June 2001 of cancer. In 2006 the Mariann-Steegmann-Stiftung provided the funding for a major new research center at the Musikhochschule Hannover, the Forschungszentrum Musik und Gender (fmg), which awards fellowships, organizes conferences, publishes a scholarly yearbook and is developing a large collection of books and musical scores. At the University of Bremen the “Mariann Steegmann Institut Kunst & Gender” was founded; it has similar aims and is dedicated to the advancement of women in the arts.